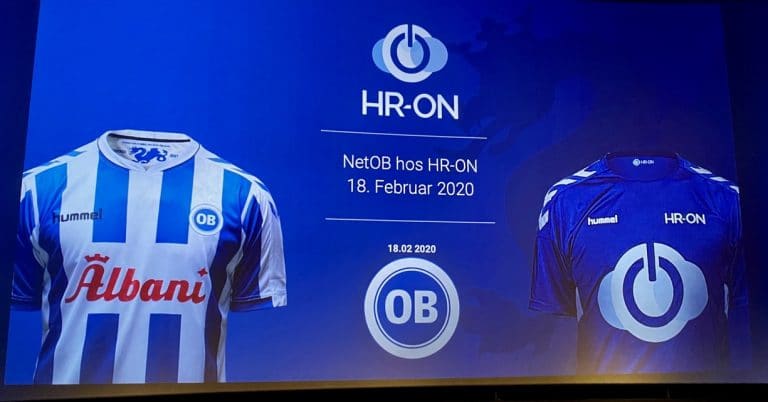 As part of this connection HR-ON invited to a networking, hygge and show and tell event at their headquarter.

Roughly 120 people, comprised of OB-sponsors, showed up and made themselves comfy in the movie theatre, Nordisk Film, which is right next to HR-ON’s headquarter.

Despite HR-ON’s move to a bigger location with a conference room there simply was not enough room for the overwhelming attendance. Which is why part of the event took place in the movie theatre. HR-ON made the most of the circumstances by using video, sound and light effects to give the crowd an amazing experience.

The first guests arrived at 7:20 am to participate in the pre-networking and breakfast event.  HR-ON had converted their conference room to a morning cafe.

After the nice breakfast the guest headed next door. Frank Andersen, the Sponsor Consultant, formally welcomed the guest and informed about the new sponsors of OB. Frank Andersen also announced OB’s new engagement with start-ups. HR-ON is seen as a template and an example of a successful company that is no longer just a start-up.

HR-ON was founded in 2012 and by 2020 has roughly 40 employees and 300 customers. They operate both nationally and internationally with public and the private sectors. 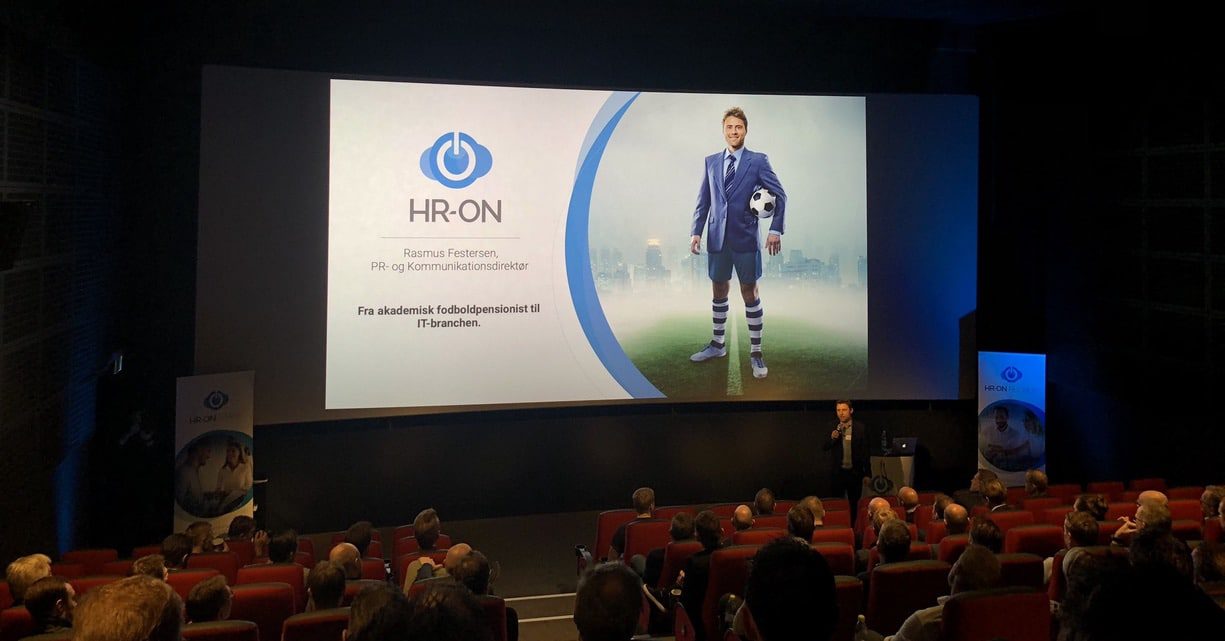 From footballer to the IT industry.

HR-ON’s PR and Communication Director, Rasmus Festersen, who was one of the presenters at the event has previously played football for OB. He started his presentation with his tale of the transition from professional footballer to working in the IT industry. The main purpose of his speech was to inform the guest about who and what HR-ON is.

Rasmus Festersen and CEO, Ali Cevik, told how the software company went from a start-up to a established company. HR-ON uses user friendly and innovative platforms. The recipe for success, according to Festersen and Cevik, is the value-based approach to the software and the dynamic to develop the software in-house.

The Smash Man from Zirkus Nemo or Mourinho?

A tradition at OB’s networking breakfast meetings, is a gimmick or a competition in addition to the professional content. For this event HR-ON had partnered up with OB’s Sales Executive, Claus Madsen. Claus, in a jokingly way, asked for the input of the sponsors to find a new Sponsor Consultant.

The gimmick would be solved using HR-ON’s AppBuilder, which is a part of HR-ON Staff. Here all the sponsors could come with their input for the character profile they wanted as the new Sponsor Consultant.

The character profile was skewed, and you should see who was the best match in our custom created CV database here:

Diversity is part of HR-ON’s DNA