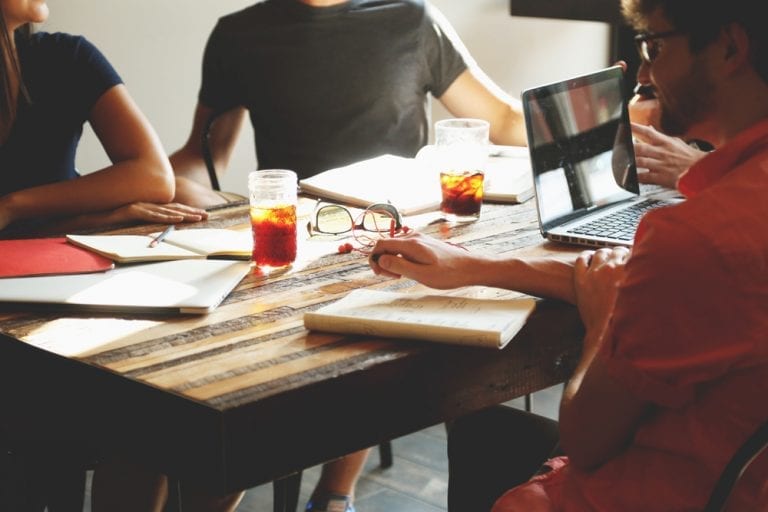 Is AI better at recruiting your next employee than you? Not yet, but this will soon be the case for a wide variety of job types. And this could have a decisive impact on how you will recruit in the future. HR-ON has participated in an project with the Southern University of Denmark (SDU). The aim of this project was to explore the possibilities of developing an artificial intelligence solution for recruitment. According to HR-ON Director, Ali Cevik, it will not be long before artificial intelligence is implemented in HR-ON’s recruitment system.

“It is natural development of our system that has already automated a large part of the recruitment process, where everything that was previously handled manually – receiving the applications, sending response emails, invitations for an interview and so on until the actual employment – now runs all by itself,” he says.

Artificial intelligence can quickly and more precisely whittle a large amount of applications down to a manageable pile. This helps companies to save time and also ensures they do not disregard good candidates.

The algorithm finds the best candidates

HR-ON participated in this project with SDU because they have a large amount of data (job vacancies and applications) as well as information on how this data is evaluated by hiring committees. The purpose of the project is to develop an algorithm that can match the applications with the job description. They go about this in a number of ways. One way is by finding links between job listings and applications. Another way is by calculating LIX numbers and finding keywords and associated keywords.

HR-ON has thousands of job listings and hundreds of thousands of applications. This large amount of data makes it possible to do very accurate analyses. Using ‘machine learning’ they can analyse the user behavior which leads from job advertisement to employment. Artificial intelligence therefore becomes smarter by looking at historic behavior patterns in a large amount of data.

“Artificial intelligence can see some connections and see through the jungle of data contained in the applications. It can do much more than just sort. It will be able to quickly sort hundreds of applications and spot opportunities that you cannot see yourself,” Ali Cevik explains.

For example, factors such as lower grades may not necessarily be an obstacle to a successful recruitment process.

“In this way, the system can actually be even better at ensuring diversity and breaking down prejudice,” Ali Cevik says.

Although artificial intelligence will help a great deal, Ali Cevik does not anticipate that AI will handle the entire recruitment process independently. The AI system will do the first ‘sieving’ and remove a large number of  weak applications. This will leave a more manageable number of application for the hiring committee to focus on. At the very last sorting stage we will certainly still need human input.

“Artificial intelligence will never be able to tell you who to hire,” Ali Cevik says.

As of yet, no-one has found a solution for using artificial intelligence to select the perfect candidate portfolio from an unprecedented amount of applications. However, there are several companies in the United States working with different solutions.

The company ‘42floors.com’ realised that they were drowning in applications. Therefore, they began using an artificial intelligence system to scan the applicant field:

“We can start with 4000 candidates and within a few days get it down to the top two or three percent. And 48 hours later, we’ve hired one,” says Jason Freeman, Founder of 42floors.com.

He chose to introduce a digital system because he had had enough of taking time away from his other duties as a director by reading through almost endless piles of applications. The system he chose is developed by a relatively new company called ‘Interviewed’. They select their candidates through scans and give them simulations of tasks from the first working day. Next, they analyze the applicant’s personal characteristics and create a psychological profile that predicts whether they will fit into the business.

“It is not perfect, but it is faster and better than the human method,” he concludes.

IT giants are competing for the best

Artificial intelligence is not just the future of recruitment, but of a wide range of areas. IT giants are competing with each other to buy the most promising system. According to Forbes, US recruitment agencies now spend a billion dollars annually to secure the smartest heads of artificial intelligence for the IT industry. The vast sums come from Amazon, Google and Microsoft, far ahead of all other competitors in the game.

“Demand for artificial intelligence far exceeds anything else,” says Chris Bolte, Director of Paysa, the company which collected the figures for Forbes.

“The most interesting thing is the size of Google and Amazon’s investments compared to the rest of the market,” he continues.

A small tick reveals your feelings

Another part of the future of artificial intelligence recruitment is video applications. An American company is working on the scanning of videos for small imperceptible facial features that show what a candidate is feeling when, for example, they talk about their old workplace. It also scans for whether people are using active words like ‘can’ and ‘will’ or negative phrases like ‘can’t’ or ‘need’.

The company ‘HireVue’ bases their technology on an inventory of 10,000 facial expressions that can last up to 1/25th of a second.

Artificial intelligenc can also help with the soft skills

Although it is becoming more common to use artificial intelligence to help with the selection of candidates to be interviewed, Ali Cevik from HR-ON does not think it will make the job market less humane, on the contrary, he says:

“There is always a fear that machines will take over, and then everything will become inhumane, but I actually think that with artificial intelligence we will be even better at identifying the soft skills. Artificial intelligence can better qualify the process so that we will not pour money down the drain.”

Fortune has compiled five insights into hiring that they believe recruiting with artificial intelligence should be based on. The insights are based on research as well as on companies’ own studies.

Advice for IT Recruitment