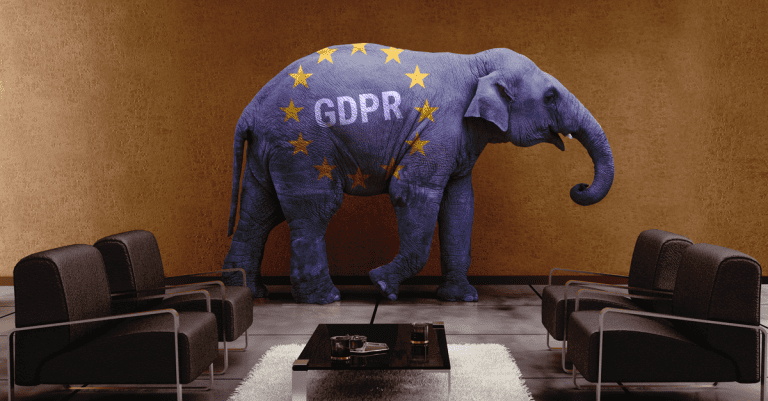 HR-ON has conducted a professional survey which reveals that most companies have not yet mastered the new GDPR rules. These rules come into force on 25th May.

In a month, EU’s large personal data regulation, GDPR, comes into force. By that time, all companies, not only in Denmark, but in the whole of the EU, will have to comply to a wide range of new rules. Failure to do so, will result in fines of up to 150 million DKK. Nevertheless, a survey among Danish business owners and managers shows that 35.6% of companies are not ready for the new GDPR rules. The survey was carried out by the recognised institute A&B Analysis, on behalf of HR-ON.

HR-ON’s recruitment tool handles thousands of applications every year for the company’s customers. Therefore, HR-ON has been working with GDPR for over a year, to ensure that users of the recruitment system comply with the new personal data regulations.

“The new rules will fundamentally change the way companies work. For example, if companies do not change the way information is sent around in mail, they will be working illegally, and this will already be the case from next month,” Ali Cevik, director of HR-ON, says.

Unaware of the new rules

The study also shows that roughly a third of companies simply do not know about the new rules. To be exact, 31.3% have not heard about the new EU personal data regulation, GDPR.

“These days, with Facebook being grilled about their use of personal data, all companies should be thoroughly informed about the personal data rules. The fact that so few companies know about the new rules is very startling,” Ali Cevik says.

Business owners and managers believe that their lack of knowledge about the new EU personal data regulations, is in part due to the lack of public information available. Only about one in twenty say that they have been ‘very well informed’ about GDPR. With one in four saying that the public authorities have done a good enough job of informing people.

“When so many people feel that the authorities have not informed them well enough, it means by definition that they have not received sufficient information. It is problematic that there is no better information on such comprehensive rules,” Ali Cevik says.

The survey was conducted in April and included 335 randomly selected business executives and owners (with a distribution of approximately two-thirds managers and one-third owners). Companies range from very small businesses to companies with over 100 employees. The latter represents 28.7% of the companies in the analysis.

If you would like to read the entire survey, please fill out the form here and download it instantly.